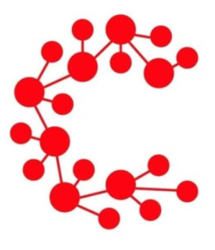 During the last calendar year Casper Network price was volatile and had both periods of growth and decline. In particular in the last 7 days the price changed by 9.75%. (cspr)'s peak price (All-time high) was £0.94 per coin, this point was reached on 12th May 2021 . From that moment till today Casper Network has lost -97.46% in value.

Casper Network is the first live Proof-of-Stake blockchain built off the Casper CBC specification by Ethereum. Casper targets institutions and enterprises to assist them in adopting blockchain technology. The Casper Network is proven to be better than other blockchains by being friendly to developers and users. It supports WebAssembly(WASM), making developers’ jobs easier since they can code applications without learning new languages.

Smart contracts on Casper are upgradable, making it flexible for upgrades and migration. Adopting a gas-free model enables tokens on the network to be more stable and predictable for the users. Mrinal Manohar is the founder of the Casper Network and has also invested in other crypto assets such as Ethereum, Blockstack, Basis, Maker, and Filecoin. His co-founder, Medha Parlikar, is the CTO and has spent 2 decades working in the production of SaaS software for major corporations like Adobe, Omniture, and Avalara.