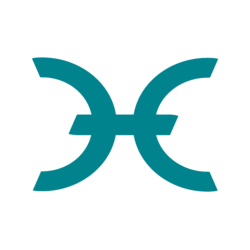 During the last calendar year Holo price was volatile and had both periods of growth and decline. In particular in the last 7 days the price changed by -26.39%. (hot)'s peak price (All-time high) was £0.02 per coin, this point was reached on 5th April 2021 . From that moment till today Holo has lost -84.90% in value.

Holo – is a P2P distributed platform that allows developers to build and deploy decentralized applications (dApps) to transform data-centric blockchains to agent-centric platforms. dApps built on Holo rely on Holochain instead of a blockchain. Holochain is an open-source distributed hash table (DHT) that allows developers to build scalable, efficient, and resilient P2P applications. Holochain is a combination of Git, BitTorrent, Peer Validation, Gossip, and Cryptographic Signatures.

Eric Harris-Braun and Arthur Brock are the founders behind the Holo network since its inception in 2018. They aim to bridge the centralized internet and Holochain without relying on blockchain technology. No consensus algorithm secures this platform. Instead, dApps depend on local hash chains and validation rules. HoloToken (HOT), an ERC-20 token, is the native token that fuels the Holo network.