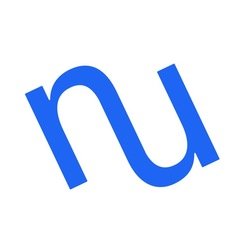 During the last calendar year NuCypher price was volatile and had both periods of growth and decline. In particular in the last 7 days the price changed by -15.57%. (nu)'s peak price (All-time high) was £1.90 per coin, this point was reached on 15th October 2021 . From that moment till today NuCypher has lost -92.25% in value.

NuCypher – is a decentralized cryptography network with an end-to-end encryption solution to data sharing and storage in public blockchains. Through Proxy Re-Encryption (PRE) technology, users can share private data among several participants in a consensus network. NuCypher is Mikhail Egorov and MacLane Wilkison's brainchild, and its official release dates back to November 2018.

NU, NuCypher native token, is based on the Ethereum blockchain. It is used to reward incentives to network participants who perform essential management services and NuCypher network operations. Besides, users can stake on NU tokens to run a NuCypher node. It is the key to participating in NuCypher DAO and validation of DAO proposals. NU token is available in UniSwap, OKEx, Hoo, Coinbase Pro, Gate.io, 1inch Exchange, and Hotbit.