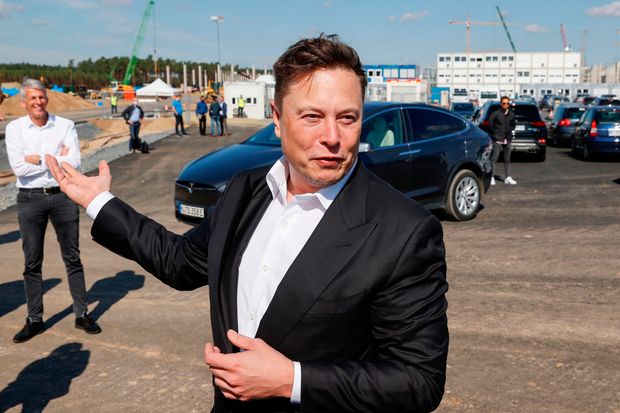 In a Monday filing with the Securities and Exchange Commission, Tesla disclosed that it had invested $1.5 billion in bitcoin in a bid to “further diversify and maximize returns” on its idle cash holdings.

As of December 2020, the company held $19 billion in cash and cash equivalents. Therefore, their bitcoin bet represents a significant portion of their cash holdings with an approximate 7% allocation to BTC.

Additionally, Tesla told the SEC that it plans to accept bitcoin payments for its products, subject to “applicable laws and initially on a limited basis,” and will reserve the right to choose whether or not they will liquidate bitcoins that they collect from customers.

The news comes within a few days after Tesla CEO, Elon Musk told an audience on a social media channel, Clubhouse that he thinks bitcoin is a good thing and supports the cryptocurrency.

While Musk has at the same time notoriously led a price pump for meme cryptocurrency, Doge, he briefly added the Bitcoin hashtag to his Twitter bio. The bitcoin hashtag was accompanied by a message, “in retrospect, it was inevitable,” perhaps hinting at his company’s decision to buy bitcoin.

Tesla now joins Square and MicroStrategy as publicly-traded U.S tech companies to have bitcoin on their balance, with the firms now holding a combined $2.3 billion worth of cash in BTC.

As one would expect, news of Tesla’s bitcoin acquisition caused the cryptocurrency price to soar to a new all-time high. Bitcoin briefly touched levels above $44,800 (£32,640).

Although the momentum has dropped slightly in the build-up to press time, Bitcoin has now surpassed an $800 billion market cap for the first time and could rich even higher numbers if other companies copy Tesla’s move.

DC Finance’s Family Office Blockchain & Cryptocurrencies Conference 2021 We wanted to give players the opportunity to monetize their skills and success in games – Yuriy Navadvorski (IQeon) 61% of UK Investors See Bitcoin Above $60,000 in 2021