CBDC: A New Cryptocurrency All set to Embark as a Killer in the Market

There is no sign of the dying of the digital currency; we now hear about a new currency in the Market making headlines in the media in a big way. This is regarded as the Central Bank Digital Currencies, which remains the new kind of digital currency as one can see getting planned by several monetary groups, including the central banks. The legality of this digital currency has opened up a debate about the unregulated currency that has led to several global financial destructions along with the monetary speculations that are seen regarding the unregulated digital currency as seen leading to several issues like monetary issues and financial mishaps. Now, the big question, how one can use blockchain technology, is going to take the benefit of maintaining the regulatory authority backed by the stability element via this new digital currency. Well, let's check how this new digital currency is all set to move in a killer way in the following paragraphs:

Understanding a CBDC – When it comes to traditional or fiat currencies, these are issued by central banks, which include USD, INR, and Euros, and so on. The central bank digital currencies also function the same when we compare the same with the traditional ones. The new digital currency called CBDC can be called a digital token that represents the virtual format of digital currency of any specific nation. The major difference that appears in digital currency and the CBDC is the fact that a number of these tokens are being issued by central banks, and they have a certain amount of centralization feature, which further helps in regulating the flow of money for key objectives when it comes to the degree of centralization. Hence the central-based banks are now able to control the flow of money, which further helps in boosting up the objective of the economic growth, which even offers financial stability. To sum up the valuation of this new digital coin, one can find a suitable value of money that can be reserved somewhere like gold, and it seemed to have pegged over it.

The regular payment options, including cards, banks, and cash, are seen acting as an important purpose to any society. At the same time, the digital currency was earlier created just to survive issues like global recession and coming up as an alternative to fiat currencies and other legal forms of payment options. This further reduces the investment choices for a while. Now, the big question is, how would this new currency be going to serve different sorts of demands? As per the key banks like BIS, there are two major types of CBDCs – the retail and wholesale CBDC. The latter is a kind of oil that reacts like a predefined group of people that are seen coming like any retail variant as seen for general purpose. You can visit here to 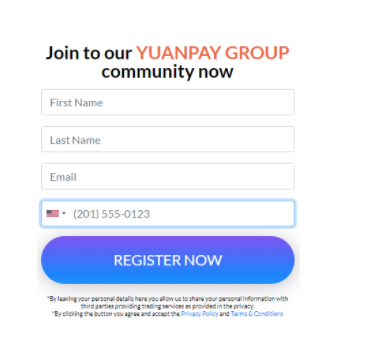 Now, let's talk about the pros and cons of digital currency. These are very much similar to digital currency, and one key benefit one can find about the same is that it is regarded as the emerging option that further helps in reducing the higher price of cash transfers. With this emerging option, one can find too many costs being involved in transferring the cash. The digital coin also helps in allowing people to keep people away from the banks and at the same time keep the money safe. With these pros, one can even find the pros, including the governing authorities that are seen getting too much backlash that is seen attempting in order to reduce the digital currencies.

Will India Also Follow The Ban Implied By Turkey On The Use Of Cryptocurrencies? The Cryptocurrency market: Is this the time to Buy or Sell? Bitcoin – Elon Musk’s main holdings in the world of Cryptocurriencies