💰Token vs Coin: What's the Difference? 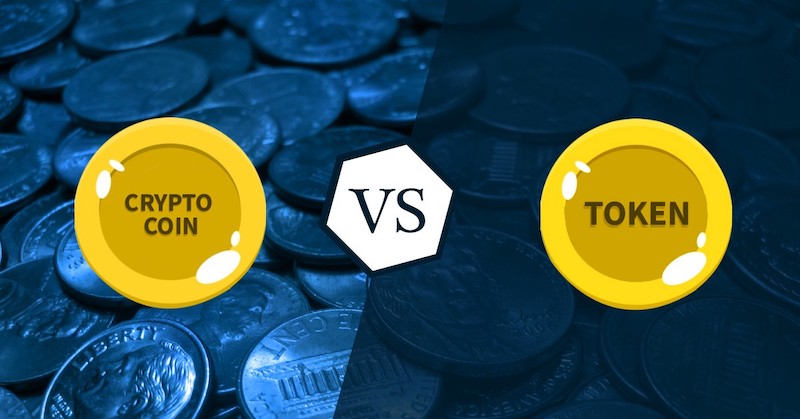 The cryptocurrency industry has too many jargons and words that are often used interchangeably, including token vs coin. For this reason, no one will send you to jail for not knowing the difference.

Even renowned industry experts and writers often use both words as if they had the same meaning. But as you’d come to learn in this article, there is a technical difference between a crypto token vs coin.

A token is any digital asset created on the blockchain. It is usually issued or minted on another blockchain, often existing alongside several other tokens that belong to different projects.

Anyone can easily create a crypto token by writing a bunch of computer codes or even using automated tools.

A coin is a cryptocurrency that runs on its blockchain. It is also referred to as the “native token” of the blockchain and often serves as a way for projects to pay transaction fees while building out their applications on the same blockchain.

Building out a blockchain requires many human and financial resources (millions of pounds), meaning that not everyone can launch a coin. However, anyone can create a crypto token and name it anything they want (LOL).

What is the difference between coins and tokens?

Going by the above definitions, you may already be able to tell some of the differences between crypto coins vs tokens. But we’ll highlight them in the list below so that you’ll have a clearer understanding:

Coins primarily serve as a payment cryptocurrency, while tokens on the other hand can serve a variety of use cases. For instance, have the following token classifications:

Going by the differences between token vs coins, the following cryptocurrencies qualify as coins:

Ether (ETH) is a coin and the ‘native token’ of the Ethereum blockchain. It is the second-largest cryptocurrency by market cap and is primarily used by developers and other network participants to pay for fees on the network.

The nature of the Ethereum blockchain, however, allows developers to create their own tokens on top of the network using a standard called ERC-20. Any token created on Ethereum, therefore, is rightly referred to as a ‘token’ and not a ‘coin.’ The coin title rightly belongs to Ether (ETH), the Ethereum network’s native cryptocurrency.

A good example of an ERC-20 token on Ethereum is the Basic Attention Token (BAT). BAT is used by the developers of the Brave Browser as a utility token, allowing users to earn money for viewing ads and advertisers to pay for ad spaces on the browser.

Other ERC-20 tokens on Ethereum include Chainlink (LINK), Tether (USDT), Wrapped Bitcoin (WBTC), Dai (DAI), Compound (COMP), and many others.

BNB (issued by the Binance exchange) was initially launched as an ERC-20 token on the Ethereum blockchain in 2017. However, Binance migrated the token to its native blockchain, Binance Chain, following its release in 2018. Thus, it fully adopted the name Binance Coin.

Today, BNB serves as a means for developers building on the Binance Smart Chain to pay for transaction fees.

Knowing this puts you in a better position to use the words correctly, either in writing or speaking to people about cryptocurrency assets.

As we noted at the onset, no one would send you to jail for not knowing the difference between tokens vs coins. At the same, though, we believe that the information shared in this article, you have given you a clearer understanding of the topic and you won’t be confusing tokens for coins or vice versa anymore.

👯 What is the Difference Between Cryptocurrencies (Bitcoin & Others)? 🦲How to buy Chainlink (LINK) in the UK 💱 14 Best Crypto Exchanges in the UK