🟠 What is an altcoin? Types of altcoins

“Altcoin” is one of those words you come across just after you get started with cryptocurrency. You may wonder, What is an altcoin and why are there so many of them? This article answers the question alongside many others that you’ve probably wanted to ask about altcoins.

For a new investor, having such a clear understanding can be crucial to decide whether or not to stick with investing in Bitcoin only, or expanding your portfolio to include other cryptocurrencies.

The word “altcoin” is derived from two words – alternative and coin – and refers to any cryptocurrency that is not Bitcoin.

The term is seemingly fitting because of Bitcoin’s status as the first working cryptocurrency ever, and the fact that most coins that launched afterward tried to offer an alternative approach to Bitcoin’s design.

Some argue that referring to other cryptocurrencies as ‘alternatives’ excessively promotes Bitcoin. They claim that Bitcoin now has a fairly old technology and might as well be considered an alternative to other coins.

Either way, the term altcoin has become a key element of the cryptocurrency lexicon, and will likely remain so for the long term. Any coin that is not Bitcoin is simply an altcoin (or alt. for short).

At the time of writing this article, there were over 9000 altcoins. These thousands, though, can easily fit into the types of altcoins that we’ll discuss next: 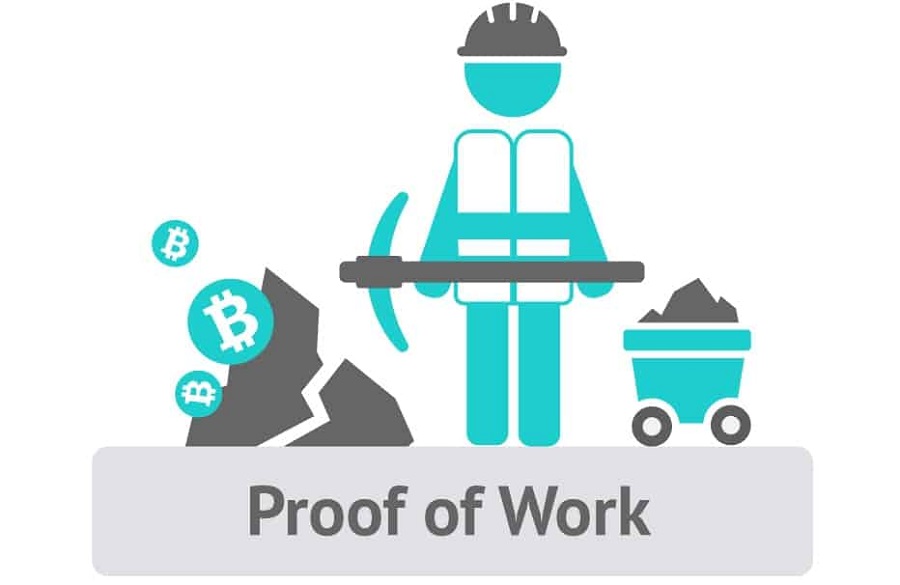 These are coins that share the same consensus mechanism as the Bitcoin network. Under the PoW model, computers called miners are always online to verify and process transactions, receiving some coins as a reward for doing so.

These coins typically follow a publicly available distribution schedule and may or may not include a periodic halving of miner rewards to improve scarcity. In the early days of the industry, most coins used this model, despite criticisms that the mining process was energy-intensive.

However, with the advent of other blockchain consensus models, some popular PoW coins like Ethereum have chosen to migrate to the less energy-intensive method.

It is also worth noting that another category of PoW coins are known as Bitcoin forks. These coins split from the original Bitcoin network with the hope of building their own communities and integrating perceived improvements to Bitcoin. 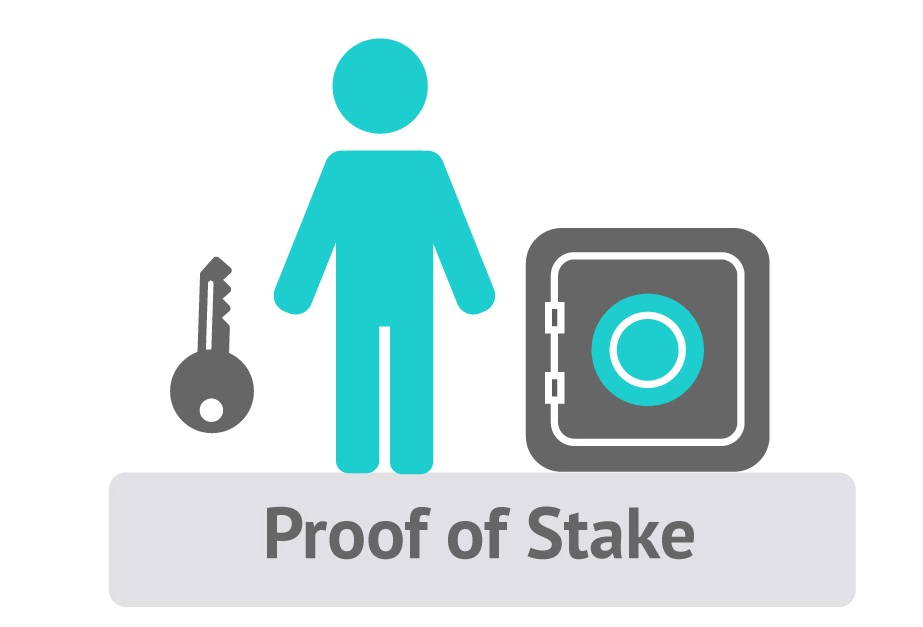 These are coins that allow transactions to be verified by selected entities known as validators.

Validators need the backing of coin holders who are not validators to boost their chances of processing transactions and receiving additional coin rewards for their role in maintaining the network. Coin holders that stake their coins with validators receive a share of the rewards, hence everyone benefits, and the network remains highly secure.

DeFi stands for decentralised finance (DeFi) and is used to refer to blockchain-based protocols that allow users to execute traditional financial transactions.

The total value of assets locked (TVL) in DeFi protocols is approaching the $100 billion mark at the time of writing.

With DeFi, users can lend, borrow or pool crypto assets without having a middleman coordinating the transaction. Most DeFi protocols have a native token powering the platform and incentivising user participation, hence creating this new category of altcoins. 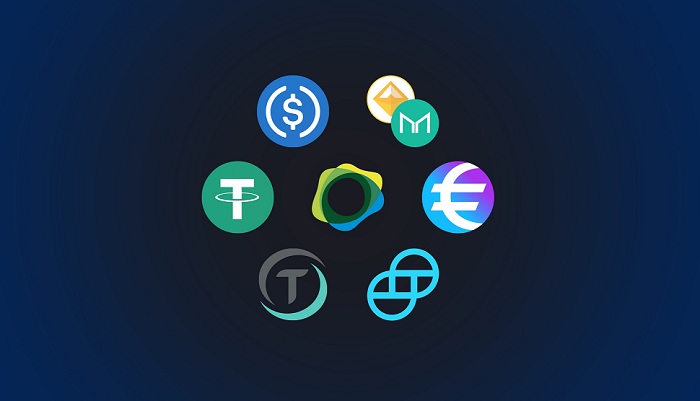 To achieve this peg, the company that issues that coin usually stores in its reserve, cash, or other assets equivalent to the number of coins in circulation. That way, they can pay back holders of the coin if it fails or faces any problems.

There are also stablecoins pegged to gold and other assets.

What is the Difference Between Altcoins and Bitcoin?

Coin Supply: The Bitcoin software allows for only 21 million coins to ever exist. However, a prominent feature of altcoins is an increased supply of coins. For instance, the total supply for top altcoin Ether (ETH) is over 115 million coins while closest competitor, Binance Coin (BNB), has 154 million.

There are even coins such as Dogecoin (DOGE) which has an unlimited supply and Ripple (XRP) with a maximum supply of 100 billion coins.

The theory behind most large supply alts is to make the cryptocurrency a suitable unit of value and to give users the sense of wholeness, just as $1 feels a lot better than accounting for 0.001 BTC.

On the other hand, Bitcoin’s scarce and limited supply is one of its most appealing features, and often an attraction for potential investors.

Market Cap: Historically, Bitcoin’s market cap in relation to all altcoins vary greatly. Market cap is calculated by multiplying the total circulating supply of a coin using its current market price. At its peak performance, Bitcoin makes up 70% of the entire cryptocurrency market cap, with alts accounting for the remainder.

For context, while the entire cryptocurrency market cap stands at £1.6 trillion at the time of writing this article, Bitcoin’s market cap is £873 billion, accounting for at least 53.5% of the entire market.

Consensus Mechanism: As noted earlier, not all cryptocurrencies use Bitcoin’s PoW model to verify transactions on the network. Hence, this is also another difference between Bitcoin and altcoins.

The difference in consensus mechanism is also the reason why Bitcoin transactions are slower compared to other cryptocurrency networks. While the Bitcoin network mines a block of transactions every ten minutes, most alts boast confirmation times of less than a minute.

Examples of Altcoins and Their Use Cases

ETH is the main cryptocurrency of the Ethereum blockchain network. It can be used in the same way as Bitcoin to send payment from one user to the other. However, ETH’s primary application is to pay transaction fees. Decentralised app developers and users pay ETH for transactions on the Ethereum network.

BNB is the native cryptocurrency for the leading cryptocurrency exchange, Binance. As covered in our in-depth Binance review, users enjoy a discount on trading fees on the platform when they choose to pay with BNB.

XRP is the native cryptocurrency for the XPRL Ledger, a kind of blockchain developed by payments company Ripple. Its primary use case is for sending cheap and near-instant transactions, with Ripple pushing for the adoption of XRP for cross-border payments.

Unlike Bitcoin, which has a known distribution schedule, Ripple created from the onset all XRP tokens that will ever exist. The company and its founders also control a large majority of the coin's supply.

How Are New Altcoins Created? 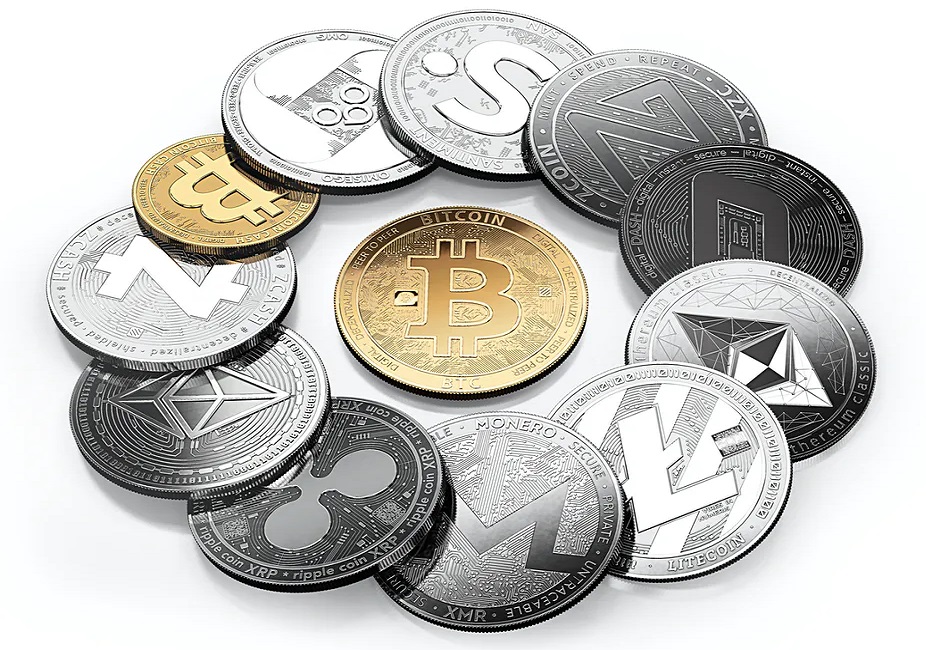 New altcoins are created either as a native coin to a blockchain network or as a token living on another blockchain.

Native Coins: These coins are created primarily to be used as a means of payment on a blockchain or as a way of paying for gas (transaction fees) when using blockchain-based applications. For a blockchain network that allows for token creation, users must still pay transaction fees with the native coin when moving their token across the network.

The coin's supply and issuance schedule is usually determined by the developer team or community and coded into the underlying software at the time of launch.

Tokens: These coins are created as tokens on existing blockchain networks. The standard or function to create a token is available on all blockchains that allow for applications to be built on top of it, with developers often integrating tokens to offer utility to their app users.

ERC-20 is a popular token standard on the Ethereum blockchain and is used for some large-cap cryptocurrencies in the market right now. Like native coins, the developers can determine the total supply of the coins they're creating.

However, all tokens must be minted immediately and then put into circulation using a schedule determined by the developer team or community.

Why Do Altcoins Have Value?

Just like Bitcoin, altcoins have value because someone else sees the coins as a valuable item and something that will possibly be worth more in the future.

Altcoins also derive value from the utility they offer to users of the underlying protocols and applications where they're integrated. For instance, users must purchase ETH to pay for gas fees while using the Ethereum network.

In the same manner, users need to hold BNB to enjoy trading fee discounts and explore applications built on the Binance Smart Chain.

A person who buys a stash of either ETH or BNB as an investment asset does so in the belief that both networks will attract more users, thus increasing demand for the acquired asset.

The same principle applies to other alts used for applications with the potential for increased adoption.

How to Get Altcoins

The easiest way to get exposure to altcoins is through cryptocurrency platforms where they are listed. The most popular and largest cap altcoins are available on foreign and UK crypto exchanges and brokers.

However, Binance.com is a great platform for buying and selling the most coins. The exchange also prioritises listing hot and popular coins and giving investors exposure to them.

Before choosing an altcoin exchange, it may be best to consider the ease of navigating through the platform and the fees associated with trades. You can also review the number of coins offered and ensure that the specific one you want is listed on the platform.

How to Use It

For Network Fees: If you're using a DeFi app or trying to create an NFT, you'll probably be asked to add coins to your wallet in order to pay for transaction fees.

In this case, you can purchase the coin (e.g ETH)  from an exchange and transfer it to the address of the wallet you're using for the transaction.

Staking: PoS altcoins allow users to earn a passive income for staking their coins to support network validators. To take advantage of this opportunity, you can buy coins like Tezos (XTZ), Cosmos (ATOM), or Zilliqa (ZIL).

Most exchanges will make you eligible to receive staking rewards simply for holding your coins on their platform.

If you're a fan of custodying your coins, then you can also withdraw from your exchange account to a hardware wallet like Ledger or Trezor to stake coins without them leaving your device.

HODLING: Perhaps the simplest way to use an alt is to buy it with the goal of selling when the price has increased. Although alt prices are more volatile compared to Bitcoin, the returns on some of the leading altcoins outweigh Bitcoin's over certain time periods. 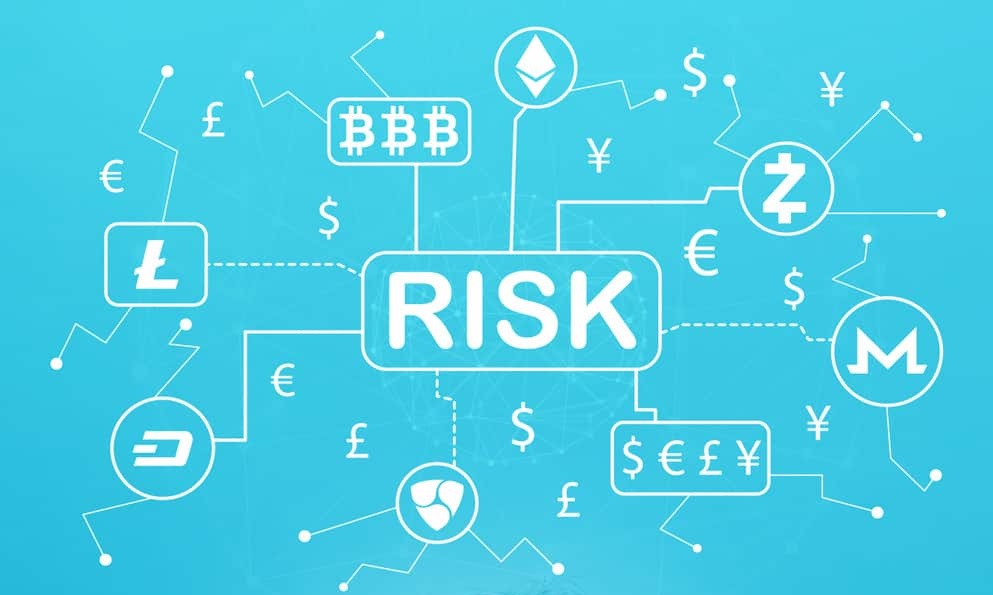 Altcoins exhibit higher price volatility when compared with Bitcoin, and often rely on Bitcoin's performance to stand a chance of generating returns for investors.

For instance, 90% of Altcoins would significantly drop if Bitcoin does and often fails to recover faster than the leading cryptocurrency.

Additionally, while anyone can find a market to sell $1 billion worth of bitcoins for cash, most altcoins do not boast such robust markets.

Being relatively new and not having the same proven track record as Bitcoin, means that most altcoins remain vulnerable to protocol risks. For instance, a bug or faulty release of core updates could result in network failure and loss of faith in the project.

Especially for altcoin projects that store value (aka DeFi apps), the discovery of a bug or smart contract vulnerability could result in the coin's value plummeting as low as 90% within the space of a few hours.

While security audits are proving helpful for mitigating such development, the fact that these protocols are exploring an entirely new field means that such risks are ever-present.

The advent of Bitcoin set the stage for developers around the world to study and improve on the technology pioneered by cryptocurrency. Altcoins are a product of such experiments and continue to catch the eye of investors for many reasons.

This article answered the question, what is an altcoin, providing a clear definition of what the term stands for and the different kinds of alts that exist right now.

It also discussed the pros and cons associated with these coins, with the objective being to give prospective investors insight to choose whether or not to hold altcoins in their portfolio.